Slightly sweet taste, strong with up to 96% alcohol content rum was originally a by-product of sugar production. Initially the sugar residues were used as animal feed or simply thrown away, but soon alcohol was produced from it. Today sugar cane is grown mainly in Asia and Central America. However, this perennial cultivated plant is of Asian origin. Evidence of crystallized sugar could be found in India already 5,000 years ago. Sugar cane cultivation spread further thanks to the Arabs to the Mediterranean countries – Egypt and North Africa. Columbus was the first to bring sugar cane to the Caribbean countries at the end of the 15th century and until today sugar cane is used for sugar as well as rum production.

Rum is a well-known seafarers’ drink. Rum is even today appropriate at sea, as it was already in the 17th century, when production of rum on a large scale started. Liquors, with alcohol content of up to 80% was provided to the seamen on daily basis by law. Rum as strong alcohol was widely available and affordable at sailing ships. By the way, it was indispensable for the disinfection of drinking water. Lemon was added to rum diluted with water to improve its flavor. That is probably how the very first rum cocktail was obtained. It is well-known as hot toddy. So, rum became a widely consumed drink of seafarers and pirates. In the 18th century rum spread all over the world across the Atlantic triangular slave trade route to the Caribbean islands, New England and western Africa.

The most common method of rum production all around the world is by alcoholic fermentation from cane molasses and thereafter distillation of the primitive rum obtained. A well-rounded base and aromatic alcohol is obtained after weeks of the fermentation cycle in the production of rum, as is case of Old Monk Rum. After distillation rum matures in oak barrels from a few months up to 30 years. The maturation period of Old Monk Rum available in Estonia, Latvia and Lithuania, is at least seven years.

After maturing blending takes place according to the certain recipes. So, the beverage’s taste is improved and converged. There can be 20 different rum blends in one blend. Units are blended with each other, whereas old barrel blends are blended with younger ones. Thus, the taste of the same brand of rum may slightly differ from batch to batch. The character of rum depends on barrel properties (roasted- or coal barrel), the degree of maturation, and blending. Before filling distilled water, and in case of dark rums caramel of sugar cane, is added to achieve the desired alcohol degree.

Due to its specific aroma and taste rum is also delicious in cocktails and desserts.

Old Monk Rum is perfect for making cold cocktails. Besides that, it also tastes good in hot drinks. A good chef adds it into pastries, ice cream and makes rum compote.

Any day can be brightened rum compote made according to the classic dessert recipe, where fresh or dried berries and fruit are put into the rum for seasoning. Compote with ice cream, whipped cream and aside the wafers are a perfect combination. Coffee and tea are seasoned with rum as well.

Vanilla, cinnamon, cloves, orange, cardamom, star anise and ginger are the best companions for rum. Indeed, these ingredients and rum belong to a Christmas drink.

Most of the people consume alcohol in smaller or larger quantities. If an adult drinks alcohol properly and responsibly, it is harmless and pleasant. But harmful alcohol consumption may cause a lot of damage. 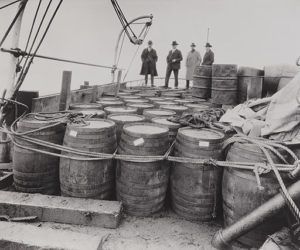 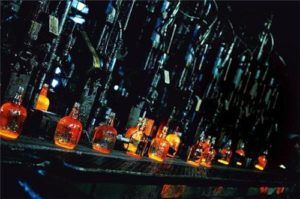 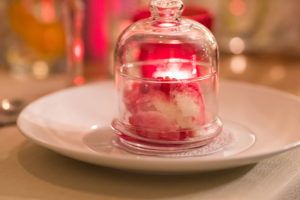